Hello again all - so now this campaign is over, you should all have your copies of Doomed but Defiant (or they are in the post).  Paul emailed me the other day, and thought it might be nice to have a short discussion on the twists and turns of the campaign:


Actually, I would love a email with the Russian players' candid thoughts on the Japanese actions in the campaign.
Was I predictable?  What took them by surprise?  What did thy see as the turning point(s)? What were their frustrations as the besieged?  What plans did they have that didn't come off or couldn't be executed.

I know some of that is in the book, but there is always more behind it.

The siege is all but over!  After sucessfully storming the New Town, General Nogi has recieved the surrender of the garrison now commanded by General Maximov.  The defenders have lain down their arms.  The bloody siege is done, and Port Arthur is in the hands of the victorious Japanese Imperial Army.

We fought a 2mm game to determine how long the Russians could hold on for - not long, as it turned out.  After three turns the defences collapsed and most of the defenders fell back towards the town.  However, with a cunning but risky flank march, the Japanese managed to seize the town with a bloodless coup de main.  We then fought a quick 28mm Trench Raiders game to decide what happened to the dramatis personae when the Russian HQ was overrun!

Morning everyone!  I think we're all aware of the situation so far, I just thought I'd put up a quick message to keep us all in the loop.

Since the fall of 203 Metre Hill, the Japanese have cemented their position.  Digging in on the hilltops, they have rebuild most of the forts destroyed in the attack on 14th September.  Worse for the Russians, their heavy siege artillery is now putting some highly destructive plunging fire onto the ships in the harbour, doing immense strategic damage to the Russian position in the Far East.

The besiegers cannot be far away from victory, but the Emperor grows impatient and orders Nogi to force a quick end to the bloody battle...

We have a further land battle to fight, which involves the Japanese trying to take the town itself by storm, and a naval one too as the Russian fleet tries to escape Togo's blockade.  Given that everyone is rather busy at the moment, these two climactic battles might have to wait for a week or two, so I'm going to make a start on the book.  This is the calling notice for you to send any diaries, notes or scribblings for inclusion in the book (Paul, I already have yours - thanks!)

Anyway, I shall keep you updated!

Posted by Colonel Scipio at 00:13 No comments:

Email ThisBlogThis!Share to TwitterShare to FacebookShare to Pinterest
Labels: Admin 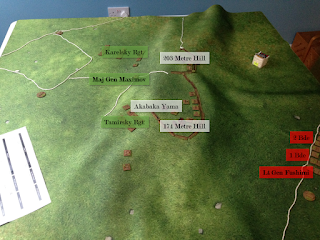 Hello everyone!  First off, apologies for the delay in getting this up.  Due to the scale of this week's battles, coupled with real life for all the participants, have meant that this game turn has taken the best part of three weeks.  Given the momentity of the events, I think we'll need that long to digest and plan!  The full write up, and your usual end-of-turn reports will follow early next week.

The campaign has taken a decisive turn in favour of the Japanese now.  In reality, once 203-Metre Hill fell, the Russians were on the road to surrender.  Interestingly, the first real effort to take the hill in reality fell on 20th September, and the Japanese suffered 6,000 casualties.  In our game, the assault happened just six days earlier and suffered only 500 more casualties.

General Nogi orders an assault on the hill.  Fushimi's Division detonates two mines and launches a full divisional frontal assault on the heavily-fortified Russian positions.  A counterattack by the Tamirsky regiment leads to it being all but annihilated, although it successfully disrupts the Japanese second wave.  A dawn banzai charge is repulsed - with General Fushimi shot down at the head of his men - but the Russians begin to withdraw anyway shortly after, since heavy siege artillery makes their position untenable.  The bloodied Japanese cautiously follow up into the ruins of the position.

Hi everyone, and welcome to the first of two Battle Reports, from what has been an extremely busy week in the campaign.  First, Admiral Togo elected to launch a destroyer attack on the Russian ships in Port Arthur, followed a few days later by the detonation of a mine under the Chu-Kuan fort and a full frontal assault!

The Japanese were trying to sneak into the harbour at night and sink some more Russian capital ships.  Most importantly, I have my game mats now, so no more games on bath towels. 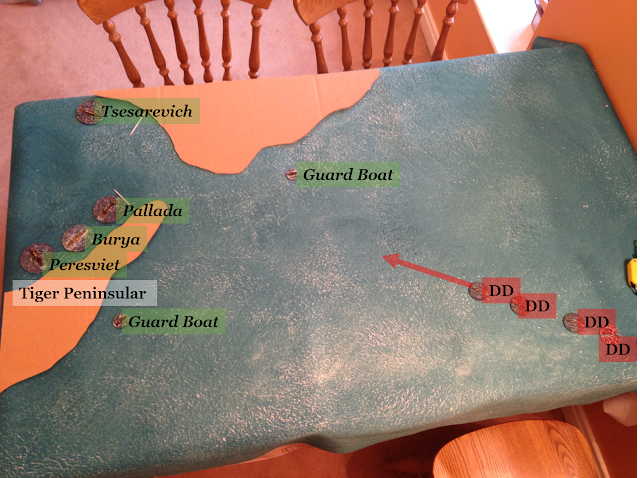 Battle Report 2 of 2!  After weeks of patient sapping and tunneling, at 3AM on the 2nd September, the Japanese detonate a huge mine underneath Chu-Kuan Fortress, garrisoned by the Port Arthur Frontier Corps.  Before the dust and soil has settled, a ferocious banzai erupts from the trenches and an entire Japanese division rises up to assault the shattered defenders. 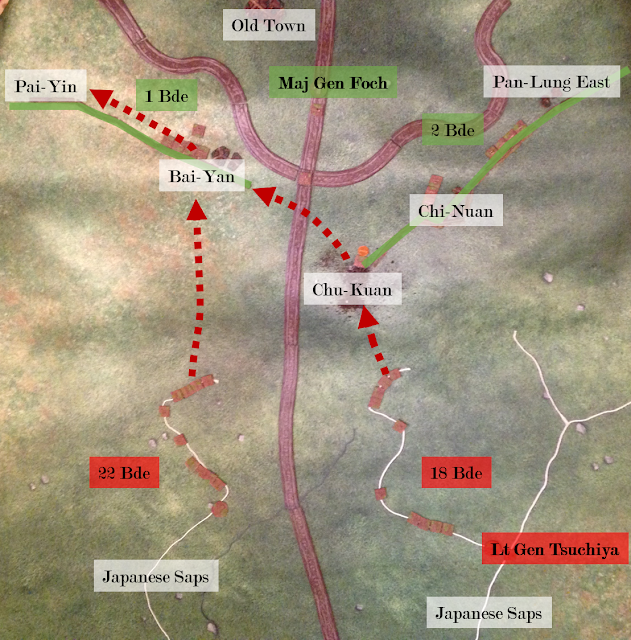 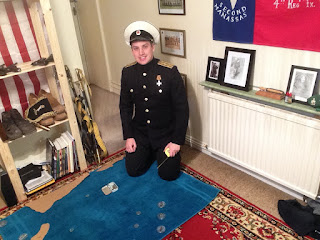 Evening everyone - welcome to the write up for the very dramatic Japanese attempt to seal the harbour with blockships.  It was a fantastic game, and a good chance for a landlubber such as myself to stretch my sea-legs.

The Japanese were attempting to sink a blockship in the harbour entrance and seal in the Russian fleet.  They had three capital ships on hand - Misaka (Togo's flagship), Shikishima and Fuji.  Accompanying them was a small flotilla of torpedo boats and three destroyers.

All the Russians had ready to meet the threat were the shore batteries of the Tiger Peninsular and the Burya (a fictional ship based on the Aurora).  The Retvizan successfully passed its ready roll, but wouldn't be in game for a number of turns. 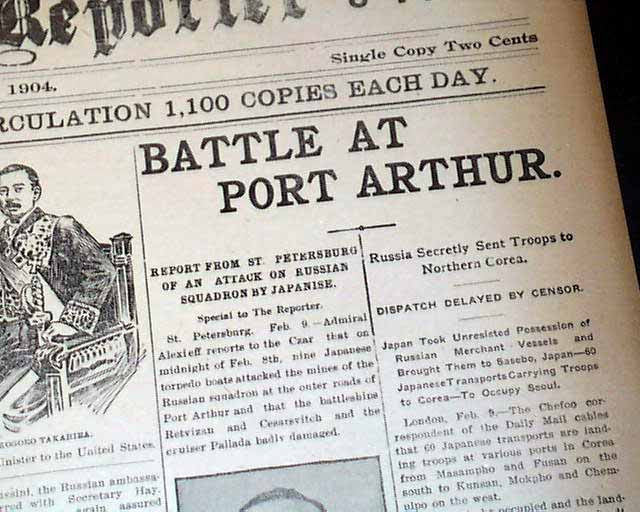